According to the results of the Financial and Compliance Audit 10-0-27100-02-1184, carried out in 2011 under the management of the Ministry of Public Function by the Superior Audit of the Federation, and which is part of the Report of the Result of the Superior Audit of the Public Account 2010 (presented in March 2012), 1[1 lags of various kinds were observed in some of the main substantive tasks of this federal agency, especially in those related to the control and surveillance of the Public Administration Federal. It was highlighted then, for example, that the prevailing operating and evaluation system among the Internal Control Bodies in each of the agencies and entities was dismantled almost annually. This resulted in the successive overlap of new and "better" indicators that are incomparable to each other, preventing adequate monitoring of the work of these administrative units. For this reason, the calculations sampled by the ASF were mostly wrong; as well as the figures released in public and government reports on the performance of these instances, since they did not always correspond to reliable data.

In particular, it was scandalous to know the fate of citizen complaints and denunciations as well as the penalties that, if applicable, result. In general, these did not prosper or result in punishments for the indicted public servants, due to the deficient support for the complainants and the frequent dismissal for all kinds of causes. Even when the consequences of the complaints were obtained, the economic sanctions represented only 9% of the total of the measures taken against public servants. Which, in turn, evidenced the weakness of the coordination and control scheme for the collection of fines through the Tax Administration Service. The ineffectiveness of the sanctions transcended until the sporadic detection, by the supervisory body, of a public servant who continued to provide his services despite having been disqualified.

This information was of obvious and special interest to the investigation team of the Comptroller's Office for Accountability, which has dedicated its efforts to learning about how the mechanisms for citizen participation that favor greater transparency, accountability and, above all, work. everything, to the fight against corruption in our country. It was important to note that, regarding the main objective of dissuading public servants from carrying out illegal acts, little progress had been made due to the inefficiency of the current complaints and complaints system (from its institutional framework) to assert the voice of citizens who, with some expectation, denounce.

At the time, however, it was known to this team that it is not only through the complaint that it is possible to make progress against corruption. As has been shown in past studies (such as the one carried out in 2011 on the figure of the Social Witness), there are other mechanisms that can assist public management in an effective way to control the phenomenon of corruption, through the adequate articulation of society and the government on a paradigm of co-responsibility.

This is how the interest in conducting this study arose, the main objective of which is to find out how some models of citizen advocacy work in public policy to combat corruption. It had the good fortune of being favored among many other projects registered in the 2012 Call of the Social Co-investment Program of the National Institute for Social Development in its Research Side (as was the research project carried out the previous year).

This study is developed, then, on the international legal framework regarding the fight against corruption that effectively combines the measures available to governments with the necessary citizen participation, according to our study concerns. Since the federal government, through the Ministry of Public Administration, the main executor of actions in our country on the subject, the scope of the investigation was clear from the beginning. This fact was specified in response to the supplementary legal framework developed by this order of government based on the provisions of the National Development Plan 2007-2012 (Axis 1, Rule of Law and Security); especially, the sector strategy called the National Program for Transparency, Accountability and Fight against Corruption 2008-2012 (PNTRCC). This determined, therefore, the temporal scope of the study: the six-year term that has just ended.

The project "Civil society in the fight against corruption: study of models of incidence in federal public policy on the matter" was then designed on the possibility of making much more encouraging findings on the fight against corruption than was found in its moment by the Superior Audit of the Federation. To do this, it took as an object of study five mechanisms of citizen participation that are developed within the framework of the PNRCTCC: the Social Comptroller's Office, the Citizen Monitoring, the Exercises of Accountability to Society, the Social Witness and the Open Government. 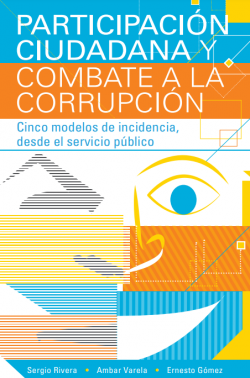